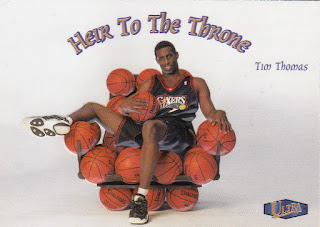 It was bound to happen eventually.  Every December something comes up and I miss a Card-vent deadline.  Things were a little busy last night, as Mrs. Thorzul was trying to solve some car issues, and I was stuck watching some of the neighbor kids after school and then making dinner.  Once the takeout fish fry got home, it was time to watch the first half of Harry Potter and the Sorcerer's Stone with the kids (I finished reading the first book aloud to them a few weeks ago), and after that came Bucks and bedtime.  I was required, of course, to watch the entirety of the absolute dismantling of the presumed NBA Championship favorite L.A. Clippers at the hands of Giannis and Co.  After that, I had a little catching up to do on the WWE Network, finishing up the excellent Broken Skull Sessions Stone Cold/Undertaker interview.  So yeah, I didn't have time to post between all that stuff.

When my neighbor picked his kids up, we actually talked cards for a few minutes.  He brought up that he had gone to his parents' house and pulled out his stash of junkwax era cards.  He showed me a few pictures he took of some 1986-1990 Brewers cards, and then we speculated about the Bucks/Clippers game for a bit.  Somehow Ray Allen's name came up.  Bringing this post full circle, Allen, who played with Tim Thomas in Milwaukee for a few seasons, was once quoted as saying, "If he wanted to, Tim Thomas could be the best player in the league."  Apparently Tim didn't want to.

Have a great Saturday, everyone.  I'll try to sneak in another post today somewhere between my daughter's first basketball game and whatever else the day may hold. 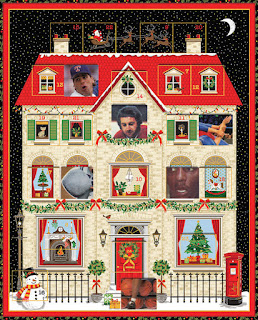 Posted by Death Stare Cards at 8:48 AM