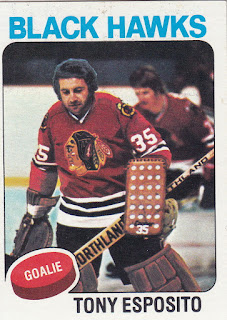 Although the NHL's helmet rule would not take effect until the 1979-80 season, Tony was ahead of the curve.  In fact, the helmet he is pictured wearing here contained more padding than the letter of the law required, and came complete with a chinstrap.

Because advanced data from Esposito's era is not readily available, the best statisticians can do is estimate that Tony's helmet saved him from seven concussions and three dented skulls during the '74-75 season that saw Tony in action 71 times. 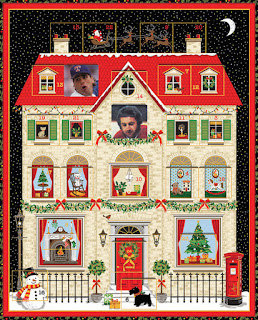