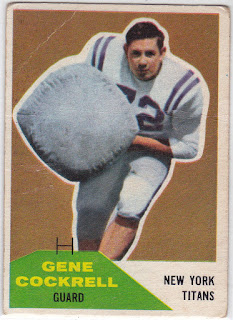 Not fair.  Going around, knocking guys down with a big-ass marshmallow.

Defensive lineman gets leveled by Cockrell, loses consciousness for a few seconds.  Trainer comes out with the smelling salts, he comes to.
Coach: "Williams!  What day is it today?"
Williams: "Marshmallow.  Got hit by a big-ass marshmallow."

And thus, the league took another baby step forward in the interest of player safety.  Studies linking the Big-Ass Marshmallow Era with Alzheimer's, pre-geriatric incontinence, fits of the vapors, and early death were never totally conclusive, relying more on correlation than causation.  Still, MABAM (Mothers Against Big-Ass Marshmallows), and other organizations like it, got their way.  The NFL came for the intra-end zone goal posts, but not before outlawing big-ass marshmallows.  Some of us are old enough to remember big-ass marshmallows kicking around the semi-pro circuit well into the late 1970s, but the once-familiar sounds of "POOF" emanating from the gridiron are now but a distant memory.  And the startup Dubuque Graham Crackers?  Well, let's just say the franchise never stood a chance. 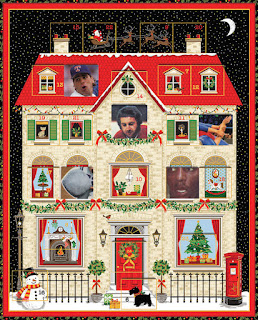 Next Week - Third Base Moats: The Failed Experiment