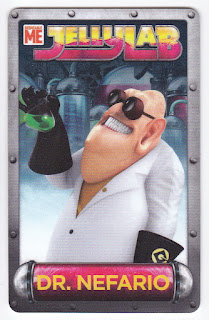 Cards such as this one can be won playing games of skill and chance at arcade/amusement centers such as Chuck E. Cheese's and Dave & Buster's.  While this one came in the Card-vent Calendar, it should be noted that I won a shitload of these at my daughter's birthday party this past summer.  You buy these cards that have an unlimited number of plays in them over a given time, and you can get quite good at some of these games.  I absolutely OWWWWWWWNED this game, which requires the player to drop a token on a moving conveyor belt completely within a given area to win tickets or one of the cards, which can be redeemed for tickets.  If you ever find yourself in one of these places, go ahead and go with the unlimited plays option.  If you go with the alternative and you've got a three-year-old with you, you get apprehensive about wasting a token on a game, especially one of the more difficult ones.  "What do you mean you want to play the squirt-the-water-in-the-frog's-mouth game?  You have no idea what the fuck you're doing!"  With unlimited, this conversation turns into, "Knock yourself out, junior, maybe you'll get one of them Skee Balls up the ramp this time."  Seriously, it's an excess that you wouldn't have dreamed of back in the day, and it's a rush, no matter your age. 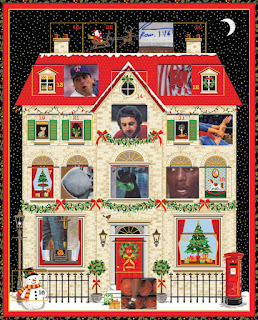 Email ThisBlogThis!Share to TwitterShare to FacebookShare to Pinterest
Labels: CARD-VENT 2019