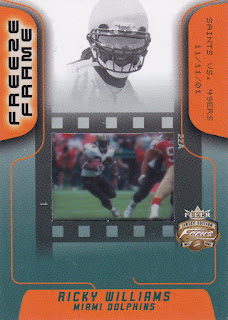 It's a football Sunday with a full slate of games today, the biggest of which is Packers-Bears at Lambeau.  Neither of these teams appears on this card, which actually features three of them.  The coloring indicates Ricky Williams is a member of the Dolphins, but the acetate "slide" embedded shows him carrying the ball against the 49ers while playing for the Saints.  Yet another example of a card company trying something different in an era without exclusive licensing. 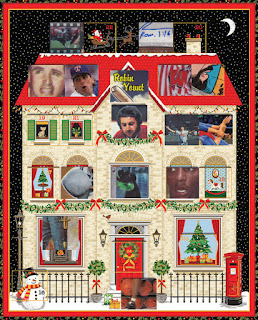