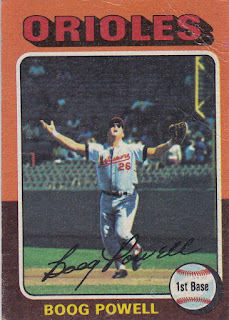 While the short-lived Sixth Inning Sandwich Drop failed to reach the heights of the Seventh Inning Stretch in baseball lore, it had at least one ardent supporter in Baltimore's Boog Powell.  The man truly had no equal in the promotion.  Be it honey-baked ham and swiss, turkey club with extra tomato, or a Reuben taller than it is wide, nothing escaped his grasp.  Consider what became known as "The Italian Incident" in June of 1973.  Salami, pepperoni, and capicolla on fresh ciabatta gave the rest of the Orioles infield fits and starts, but not even the extra oil could discourage Mr. Powell, who easily cradled the culinary delight behind-the-back style, much to the approval of the crowd.  Due to airspace ordinances, the practice was ended just as the card you see above was hitting store shelves.  Probably a wise decision, as it was rumored that Boog was considering attempting his most difficult challenge: the Sloppy Joe. 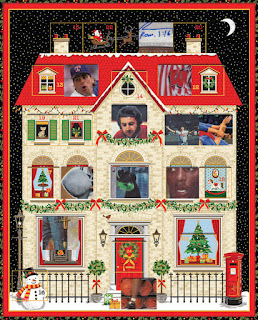