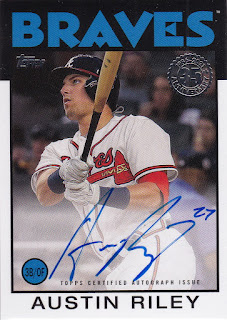 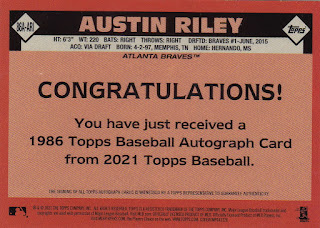 Why I Like It:
For the past fifteen years, I've bought a hobby box of Topps Update without missing a single year, and I finally pulled an autograph from one.  Not some scrub, either.  This guy had a heck of a postseason, first batting .333 against my Brewers with an OPS of .908, then walking off the Dodgers in game 1 of the NLCS, and following that up with a .320 average in the World Series.  The on-card auto is more than acceptable, with the 27 jersey number being a nice flourish.
Posted by Death Stare Cards at 5:35 PM 2 comments: 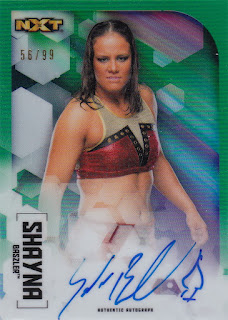 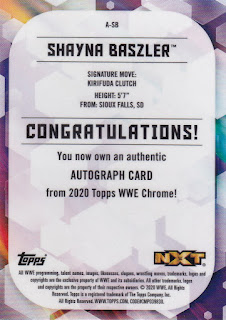 Why I Like It:
When did I open this?  I think I bought two boxes in late 2020, opened one in December, and the other in the first few days of January.  My very similar Bayley card from last year came from the first box, and this one was from the second.  Twins born on either side of the New Year, you know the deal.
It's a nice on-card signature, and you have to love that she takes the time to draw a spade as a nod to her nickname, the Queen of Spades.  Baszler is an absolute beast who could take anyone on the women's roster in a legitimate fight.  That being said, I have lapsed in my WWE viewing over the past several months.  While COVID has caused many people to lose their senses of taste and smell, WWE has had the creativity sucked out of its organization over the course of the pandemic.  I wish the promotion could do something interesting with Baszler, but I just don't see it happening.
Posted by Death Stare Cards at 3:46 PM 2 comments:

If you're reading this after a few days away from the Internet, and you're like, "Wait, pull number 3?  Did I miss 4 and 5?" don't worry, there was nothing to miss.  This is indeed the beginning of my top pulls of 2021 posts.  I almost opened nothing during calendar 2021.  Truth be told, there was not enough for a Tops 5 of the year, so this time we're just going with a Top 3.  If you suffered a blow to the head and woke up from a coma some time around October, you missed the removal of cards from most retail outlets, the hoarding of unopened product, and the laughable prices slapped onto undeserving boxes of cards.  It was a shitshow in 2021, and during those 365 days I opened a grand total of two boxes.  Fortunately, I was able to cull together enough decent cards to continue this feature.  Let's get started.
Card: 2020 Topps WWE Chrome #SWA-FB Finn Balor Shocking Wins AUTO (083/199) 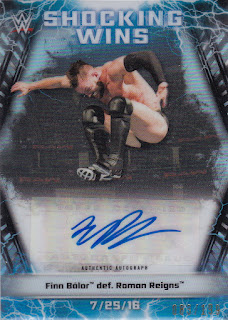 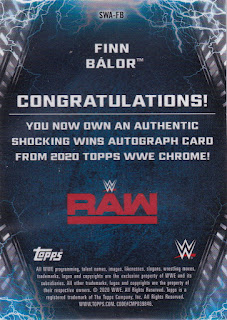 Why I Like It:
After hemorrhaging talent for the past couple of years, Finn is one of the few bright spots on the WWE roster at the moment.  He spent a great deal of time in NXT, and once he left, it was only a matter of time before they killed the brand as we once knew it.  Only a couple of things are preventing this card from placing higher in the rankings:
1. That signature.  Woof.  There are lazier signatures out there that can at least be appreciated for the sake of minimalism.  This one is just the old up-down-up-down for a few seconds.  You can do better, Mr. Devitt.
2. While it looks really cool, there's no way to suspend your disbelief enough to buy his finisher, the Coup de Grace.  If a guy actually launched himself off the top rope and landed on your chest with both feet, your heart would explode into Smuckers strawberry jam.  While it takes immeasurable skill to shift one's weight at the end of the move to pull it off without injury, the performance itself pulls back the curtain a bit too much to fully believe it.
Still, it's great to have my first auto of Finn Balor.
Posted by Death Stare Cards at 2:16 PM No comments:

Bidding Under the Influence #11 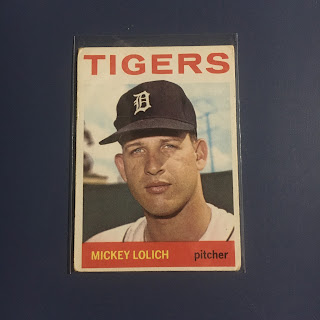 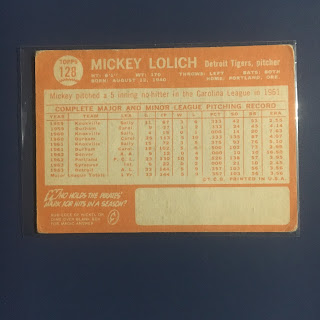 What Was I Thinking?:
Last pitcher with three complete games in a World Series.  Should this belong among the list of Baseball Records Considered Unbreakable?  It isn't in practical terms, but based on current trends that show no signs of being reversed, it might be rock solid.  The last single complete WS game was Johnny Cueto's in 2015.  I think this one is rock solid now.
Pretty god price for Mickey's RC.  Condition isn't perfect, but good enough for me.
Posted by Death Stare Cards at 4:24 PM No comments:

Trade Me Anything XV: #6

I believe this is the last trade on the pile that I've yet to post.  This one comes from Jon.
Giving:
#86C-27 Jonathan India 1986 Topps 35th Anniversary Chrome 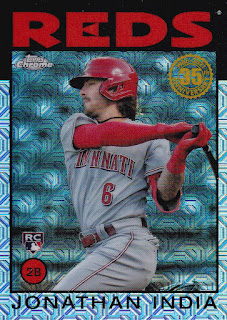 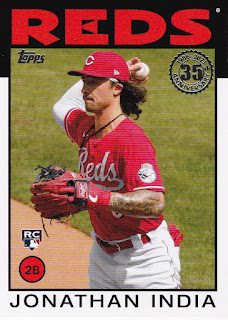 Getting:
1944 World Champions Replica Ring SGA
This is easily the most interesting item in the trade.  It was at the bottom of the cardboard shipping box, and in the low light I initially misread the year as 1994.  I didn't even question that this would be something the Cardinals franchise would do, declare themselves World Series champions for a season that was never finished.  "That ballclub in St. Louis," it's been said, "they do stadium giveaways THE RIGHT WAY." 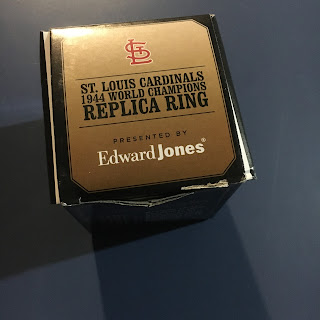 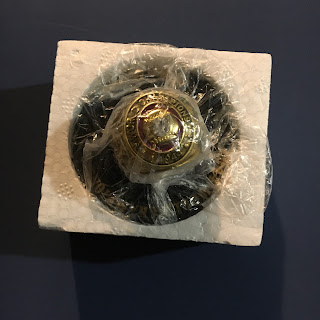 Montreal Expos from various want lists
Always appreciated.  Stop and consider how big a star Tim Raines would be if he played today. 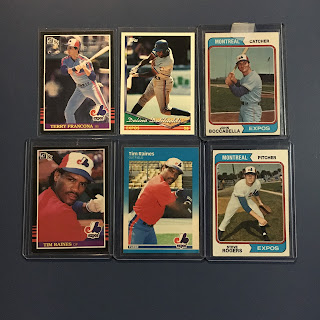 1991 Topps and Fleer Rack Packs
Could there be original treasure lurking inside the Topps pack? 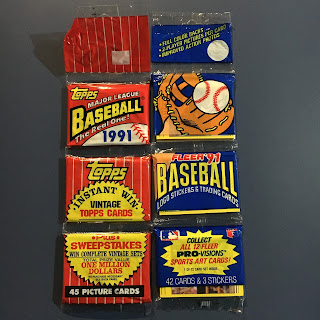 Three 1991 Topps Stadium Club Series 2 Packs
This is a set I have never finished, so these should be fun to open some rainy day. 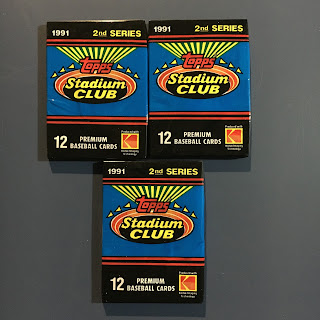 Excellent stuff, Jon!  I hope you enjoy the cards of your namesake.
Posted by Death Stare Cards at 4:30 PM No comments: