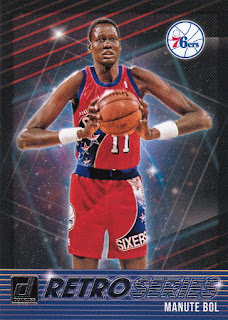 Among the many positive things related to having a superstar like Giannis Antetokounmpo on the Bucks is that you now have an automatic topic of conversation at dinner parties.  We were at a housewarming/Christmas/Hanukkah party last night, and before long, most of the guys were in the basement watching the Bucks beat on the Knicks.  With luck, we'll have stories to tell about how Giannis helped bring a championship to our city.

Some of last night's conversation revolved around the dismal years of Bucks basketball.  This is roughly 1990 through 2000.  We had nobody on the team.  I don't want to rehash all of the painfully awful decisions made by team management during that period.  It's more fun to go back a little farther to the Moncrief/Cummings/Pressey era.  Back in the '80s, Milwaukee could be counted on to get a playoff spot, win a series or two, then get bounced by the Celtics or the Sixers.  Every.  Damn.  Year.

I still remember my dad taking me to a handful of games during that time.  He usually picked giveaway nights that were against teams that weren't much of a draw.  It was harder to be more of an also-ran then the 1980s Washington Bullets.  I distinctly remember getting a free full-size basketball at this game, but another memory sticks out even more.  Even from the cheap seats, spectators could marvel at the size of Manute Bol.  He didn't run so well, had no real offensive moves to speak of, but just try to go up against him under the rim.  Yes, I got to see Manute Bol play in person.  What else does one need from life? 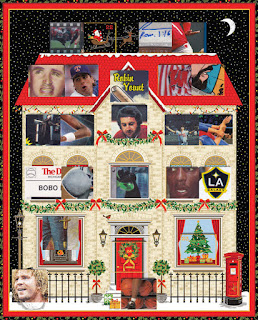