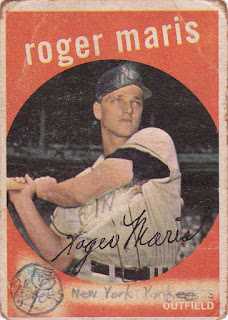 You've got to admire the pluck of whatever kid used this card as his canvas.  Our man from Fargo was traded from Kansas City to the Yankees in kind of a blockbuster deal on December 11, 1959.  Topps was on top of things and already had Maris as a Yankee on his 1960 card, delicately posed and airbrushed to change him from an Athletic into a Bronx Bomber.  This kid couldn't wait, though.  He got to work in the off season and made the transaction come to life.  The eraser work is generally competent, but that logo in the corner needs some improvement.  I can't really make out a top hat from that mess. 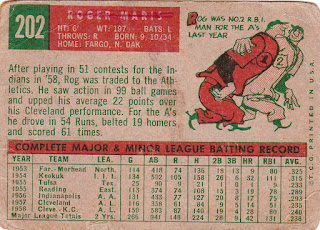 One final detail is included on the back of the card.  Not content to merely reflect the trade that took Roger to the Big Apple, the kid decided to eliminate his entire identity.  You are no longer Roger Maris.  You simply cease to exist. 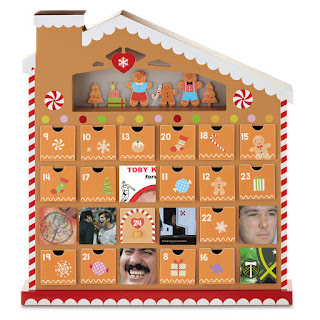