I've probably opened no more than a single pack of hockey cards in my life, and since I'm technically not opening it, that statistic remains the same.  Let's tear in. 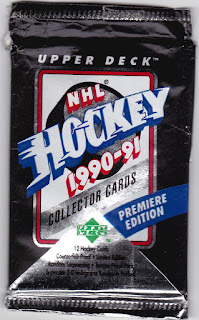 184 Tony Hrkac
This guy I know from his time on the Admirals.  He was our best player for a few years in the mid-'90s, and then returned just in time to help Milwaukee to the 2003-04 AHL Championship. 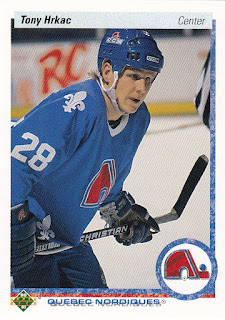 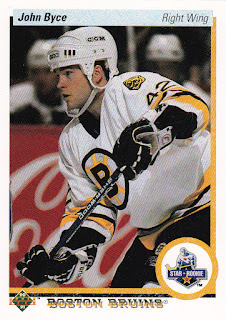 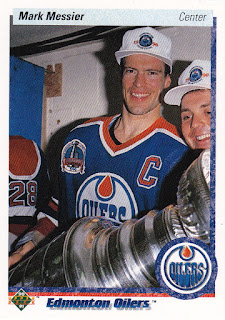 251 Tomas Sandstrom
295 Curtis Leschyshyn
106 Shawn Chambers
Look at all that beautiful green on the ice. Too bad the NHL will never produce such an aesthetically pleasing image again. 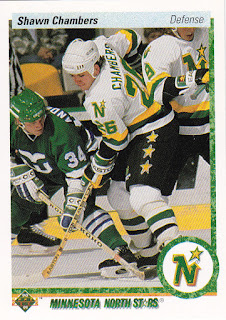 361 Drake Berehowsky
Never heard of this guy, and the Toronto sweater doesn't fill me confidence.  Let me check on this.
Okay, looks like a had a pretty long career, and is now coaching for Orlando in the ECHL.  At least I got to learn that the most unfortunately-named team in pro sports might be the Florida Everblades 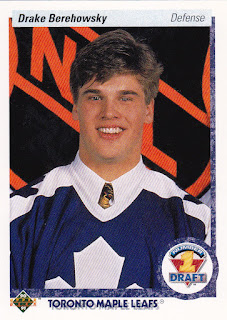 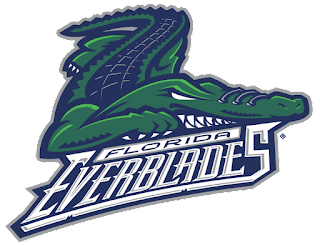 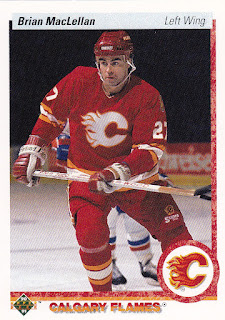 One added pack bonus, there's a Longs Drugs sticker on the back.  It appears that most of these stores were bought out by CVS in 2008, but there are still some originals around.  A west coast operation, I have never been to one.  Holla in the comments if you can speak to the quality of Longs Drugs. 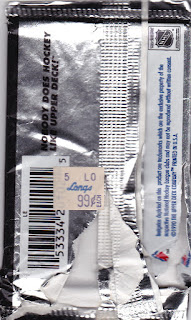