If you follow me on Twitter (@THORZUL), you may have seen some of the fallout from the Large Flat Rate USPS box of cards that I bought back in November.  I have already just about tripled my money on the box after selling a hard-to-find Pat Tabler card.  He of blonde mullet was not the only treasure to be found inside, as the seller also included several random packs of cards, all of which have already been opened.  None of the packs are likely to have some high-dollar card inside, so any cherry picking can be forgiven.  I'll be treating them as new packs, "opening" and sharing them here, and hopefully we can uncover something fun.
First pack, 1991 Pro Set Yo! MTV Raps: 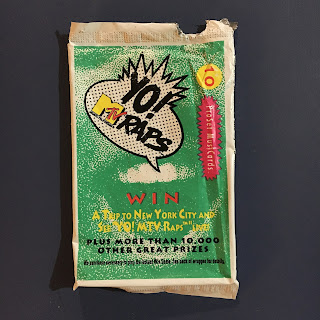 99 Young MC
Not a bad start.  "Bust a Move" was a middle school classic, and I'm not even going to search to find what he's done since then. 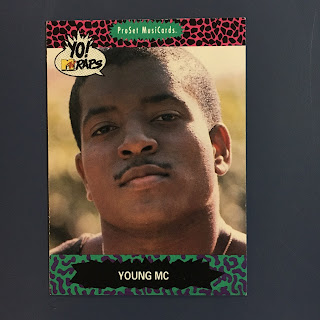 144 Vanilla Ice
Wait a minute.  Vanilla Ice is (technically) a rapper, but this card is from a different set, 1991 Pro Set MusiCards Super Stars.  What's going on here? 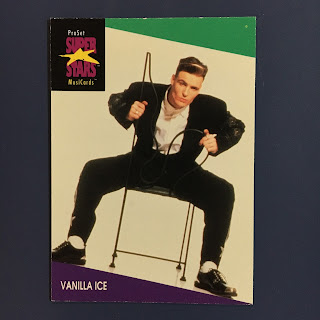 More MusiCards, #140 Luther Vandross, #113 Boogie Down Productions, #99 Tina Turner
Looks like someone played the ol' switcheroo.  I need to be careful with these packs moving forward. 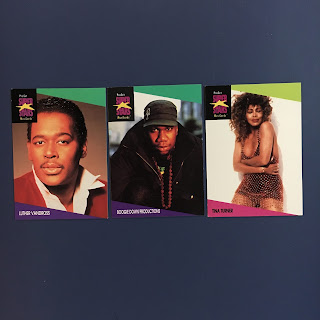 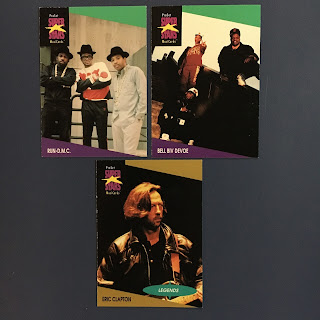 4 Bell Biv Devoe, 16 Bob Marley
These two round out the pack, bringing the total to two Yo! cards, and eight MusiCards.
Kind of a strange situation, but understandable. 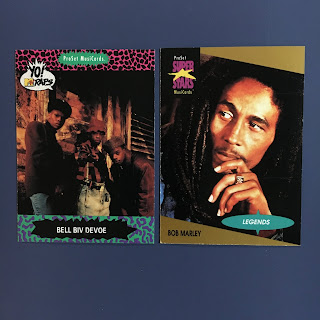 Luckily, there is also an opened pack of MusiCards, so let's see if we can find our missing rappers. 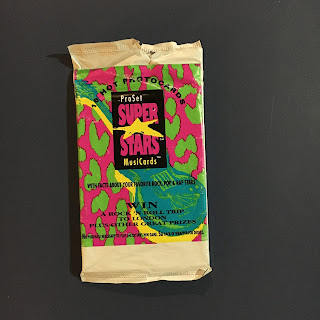 13 De La Soul, 26 EPMD, 89 Vanilla Ice, 88 Vanilla Ice, 86 Vanilla Ice
As expected, these are all Yo! MTV Raps cards, not MusiCards.  Pro Set was really putting all of their eggs in one basket with Mr. Van Winkle.  At least I got a card of maybe my third favorite hip-hop group of all time, De La Soul. 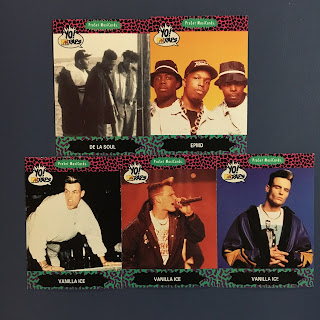 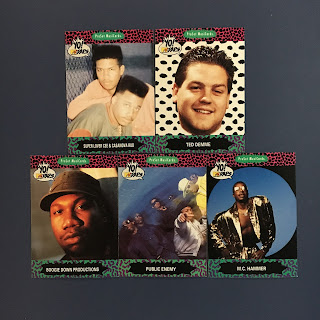 So, it looks like that makes twelve total Raps cards to the eight MusiCards.  There's one more Yo! pack in the pile, which I'll save for another time.  If the pack hold to form, we will find the two missing Super Stars to go along with eight more Yo! cards, but I'm not really expecting everything to even out.  We'll find out in another post.
Posted by Death Stare Cards at 1:49 PM