Nine more from the quarter box!

2001 Pacific Jarious Jackson Premiere Date Parallel (29/45)
Let's talk about 2001 Pacific Football. To my eye, one of the best looking football sets ever made. I'm still collecting it because there are a lot of SPs and inserts to chase. Having opened up a lot of this product, I can tell you that these Premiere Date cards fall one to every couple of boxes. I've gotten a few over the years, no big stars, unfortunately. There are currently two of these available from the same seller on COMC for $23.24 each. Wishful thinking, yes, but I'd gladly sell mine for half that. The only problem is that I'd probably need to find a Jarious Jackson supercollector. Not bloody likely, but maybe there's a hardcore Notre Dame fan who'd like to put his money where his mouth is. 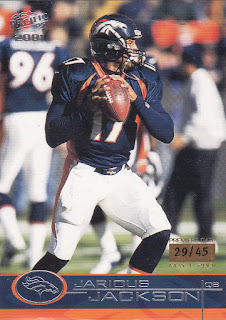 2017 Topps Yulieski Gurriel Photo Variation
The only reason I caught this one is because I pulled this card from a pack in 2017 and sold it on eBay. I got a few bucks for it, and I'll try to do so again. 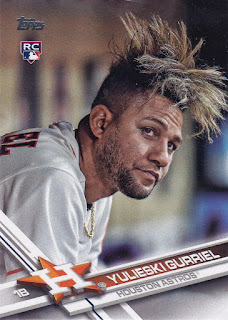 2007 Topps Updates & Highlights David Ortiz Gold (0102/2007)
Man, Topps Gold parallels used to look so much better when the cards had borders. This is a gold set (S1/S2/UH) I could realistically put together someday. Maybe after I finish 1993TAu, I'll start in earnest. 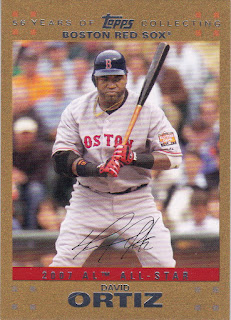 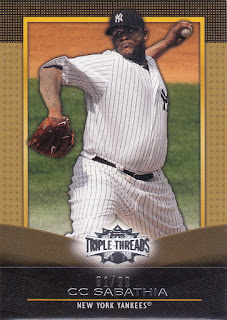 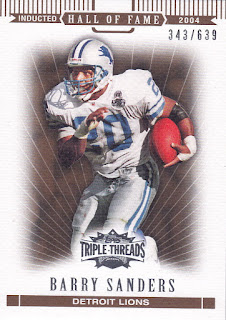 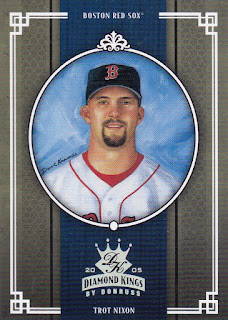 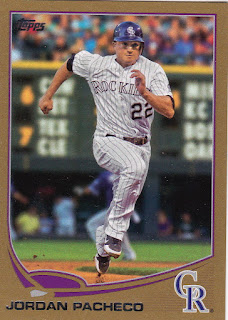 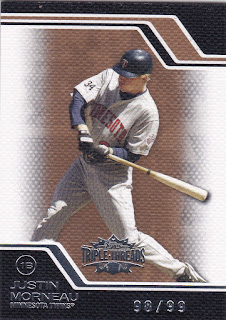 Ted Williams Magnet
Pretty cool item, a little smaller than your standard card. I looked on eBay and couldn't find another one. Available for trade or sale. 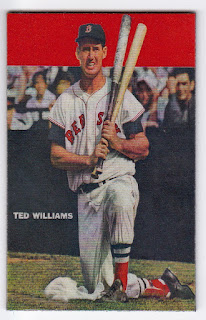 Email ThisBlogThis!Share to TwitterShare to FacebookShare to Pinterest
Labels: NSCC