2012 Topps Presidential Predictors Barack Obama (Connecticut)
I had honestly never seen one of these before. It turns out that in 2012 Topps Update there were 50 cards each for Obama and Romney, one for each state. There's a code on the back which you could enter if the candidate on your card won that state's electoral votes. (And you didn't have long to do so, either, withe the contest expiring on 11/13/2012.) From the winning codes, Topps randomly chose 50 winners who were awarded a manufactured patch Obama card. I couldn't find any examples of these patch cards in a search, but I'd love to see one. Let me know if you find one. 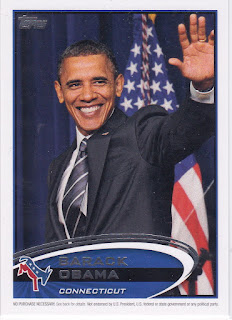 2012 Topps Heritage News Flashbacks John F. Kennedy and Martin Luther King
These I am familiar with. In fact, one of the MLKs is already in my collection. Oh well.

2007 Upper Deck SP Legendary Cuts Zachary Taylor Legendary Americana (274/550)
This was part of a fun numbered insert in the Legendary Cuts product. I don't remember if these fell one or two per box, but it's a hard set to try to finish. I'm still working on the Legendary Lineage cards that make up the entire second half of the set. Basically, if you see one of these in a quarter box, buy it. 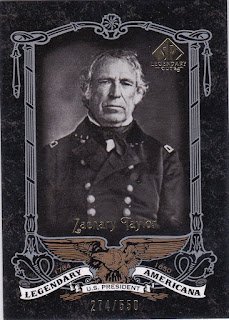 1976 Topps Lyle Alzado
There's a lot you've probably already read about Alzado, but there's one thing I'd like to explore. He want to Yankton College in South Dakota, which closed permanently in 1984. One other notable NFL player off the top of my head who attended a college that no longer exists is Dave Krieg. Krieg played at Milton College in Wisconsin, and was lucky enough to have finished school two years before it closed in 1982. 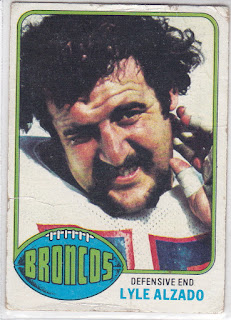 1971 Topps Boston Red Sox
You know, those corners and edges look pretty good. (Oh great. The word "edges" just made me think about how it's only a matter of time before I go back to school and have to listen to kids make fun of each other for their edges and hairlines. Seriously, you cannot make this shit up. Disciplining tomorrow's leaders today, man.) 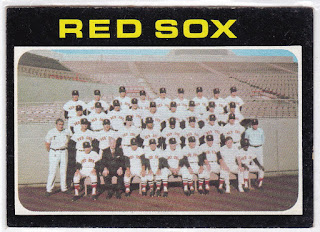 1962 Topps Don Cardwell
I just love his #COLLECT-friendly name, so whenever I see one of his cards I pick it up. Dude looks like the guy who played Superman's dad in the first movie. "You... are here... for a reason." And then he has a gripper on the driveway. Great scene. 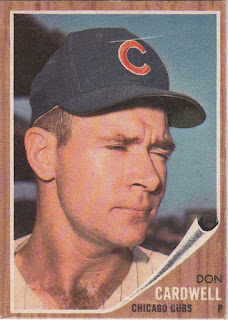