In order to not go crazy at the National, I took a relatively small amount of cash with me, and I made a list of collecting goals. Most of this plan turned out to be a success.

GOAL: Vintage Hank Aaron
Result: 1956 Topps Hank Aaron
This was sort of a broad goal. I could have gone cheap and picked up his '75 Topps or something like that, but this was a special occasion. I saw one in a 50% case at one guy's table, which would have made it $100. Later I saw the '56 for $75. At the outskirts of the show, however, I found one for even less than that. Very happy with this card. 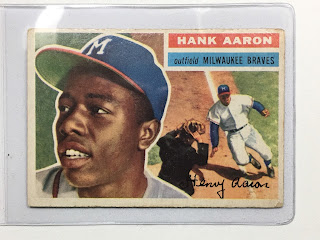 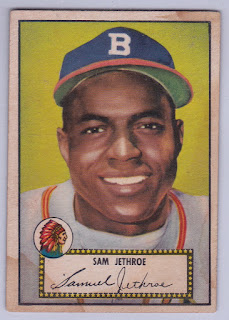 Goal: At least 20 1959 Topps Cards
Result: Way more than 20
Here's a partial stack of the '59s I acquired. The Luis Aparicio AS eluded me (too expensive!), but I got close to 50 cards. It helped that in the last few hours of my final day, I found a guy selling off-condition '59s for a quarter each. The table that had high numbers for $2 each was also a godsend. 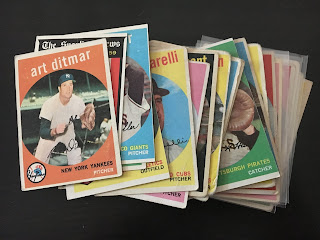 Here are some of the highlights:
1959 Topps Larry Doby 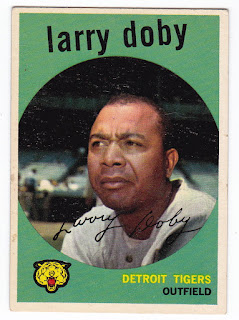 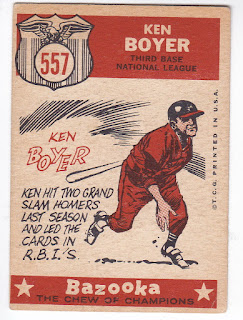 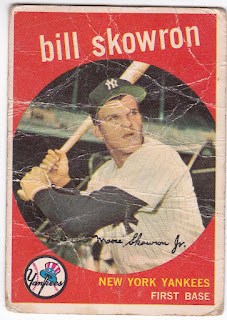 1959 Topps Skowron AS
Much better condition. 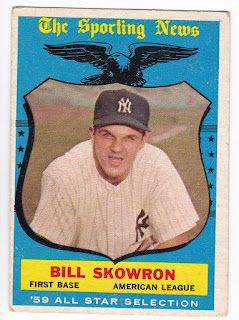 Finally, there was this signed 1953 Topps Roy Sievers that I couldn't pass up. The signature looks pretty close to other samples, which aren't particularly uniform themselves. For $5, it was worth a shot. 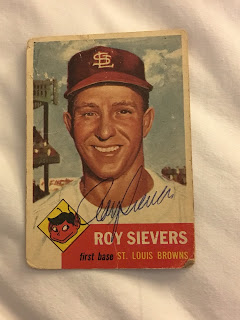