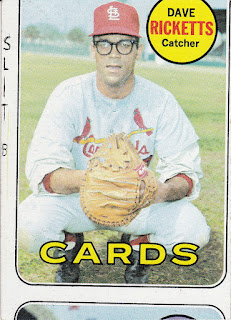 I'm pretty sure Dave has been a part of this calendar in the past, but back in the Thorzul Will Rule days, therefore within a post that is no longer accessible.  With the combination of the thick-framed glasses, the vacant expression, and a great big Venus flytrap of a mouth and jaw, Dave is easy fodder for internet jokey jokes.  Throw in a last name that brings to mind a vitamin D deficiency, and his cards are instant comedy.
This time, however, we wrap this enigma within another vest.  This card is obviously a miscut, but it pulls back the curtain somewhat.  Along the left border we see the phrase "SLIT B" written in vertical fashion.  This doesn't appear to have been written post-pack opening, but seems to be part of the printing process.  The letters look oddly like someone's handwriting, but perhaps this is something that was written on the edge of a proof sheet early on in production?  It appears not to have been intended for the eyes of the consumer to have seen.  It's barely visible to the naked eye, but those letters are directly to the left of a faint yellow line that looks to be where the cut should have been made along the left edge of the card.  I realize this is getting in pretty deep about a simple production error that occurred over 50 years ago, but I'm genuinely curious about SLIT B.  If you have any thoughts on this, drop them below. 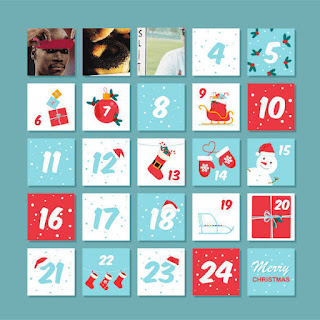