Once again, a box delivered so well for me from top to bottom that I have to include it as a single pull for the purposes of this article.
Cards: 2018 Topps WWE NXT Hobby Box
I think it would be a good idea to start with the best autographed cards in the box, and work our way down.
#A-DA Dean Ambrose Blue AUTO (08/50)
I didn't even know Deano had autos in this set, so this one was a nice last-pack surprise. 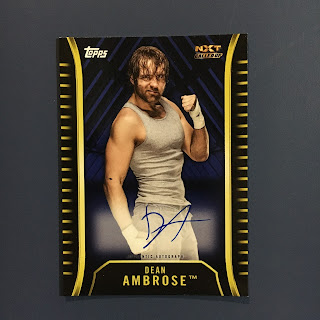 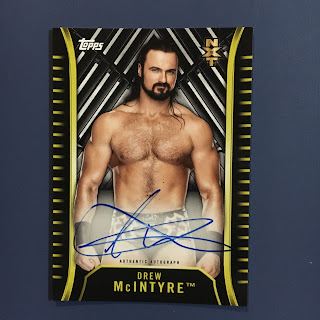 #A-BB Bianca Belair Bronze AUTO (69/99)
This woman is poised to be the biggest thing in wrestling.  Has an outside shot of becoming a household name one day. 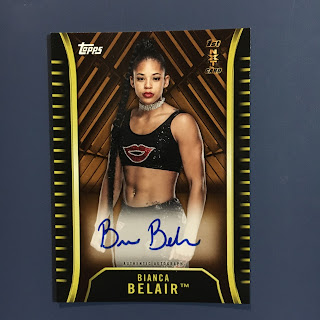 #A-AC Adam Cole AUTO
This would be higher up, but I bought one of these earlier in 2020, not really anticipating buying another box.  Future WrestleMania Main-Eventer. 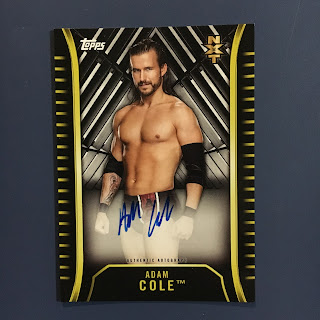 #A-AD Angelo Dawkins AUTO
Last year at this time, did anyone envision this guy playing a part in a Skittles commercial with Ric Flair?  Not me, that's for sure. 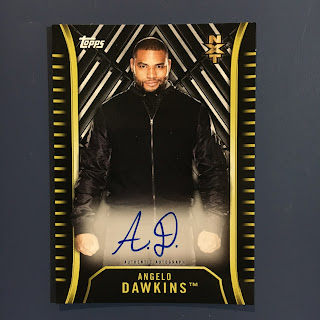 #A-TC Tommaso Ciampa AUTO
When a guy like Ciampa is only the sixth-best card in the box, that box is a winner. 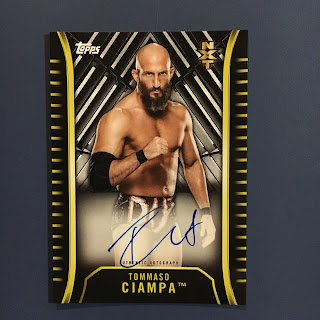 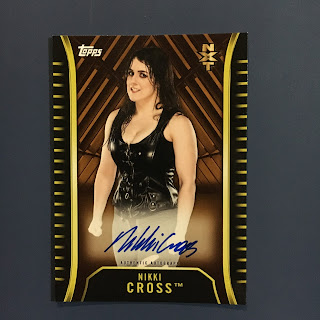 #A-TY Taynara Conti AUTO
Made the switch to AEW earlier this year, needs to be featured on TV some more. 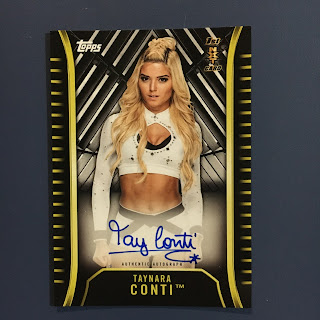 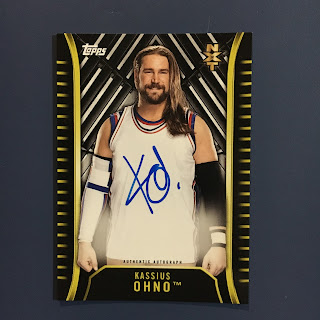 #A-KD Killian Dain AUTO, #A-TS Tino Sabbatelli AUTO
If you're counting, these are autographs ten and eleven, so I did get an extra auto in the box.  The Dain I already had, and the Sabbatelli no one wants. 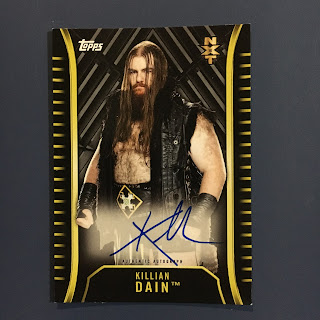 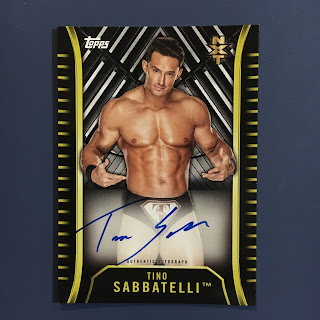 And let's round out this post with a few numbered parallels.  First we have #41 Drew McIntyre Returns Blue (48/50).  I'm not the biggest fan of these "year-in-review" cards, and would rather have the featured wrestler cards, but if it's a Drew, it's not bad. 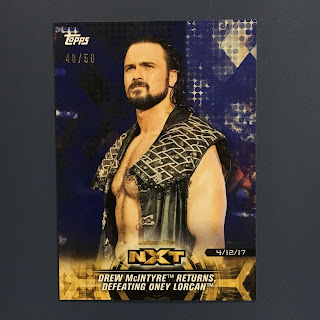 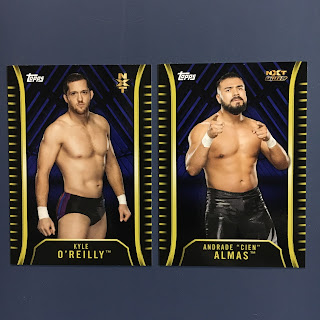 All things considered, a great box of cards.
Posted by Death Stare Cards at 1:47 PM