Trade Me Anything XIII: #3

Long-time TMA traders have dominated the early proceedings this year, and the third installment is no different.  Let's give a hearty welcome to gcrl. 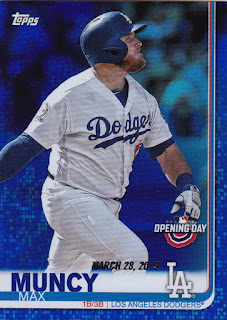 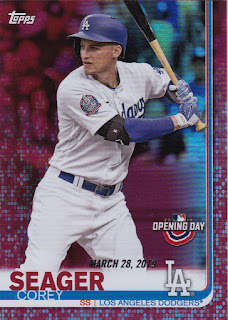 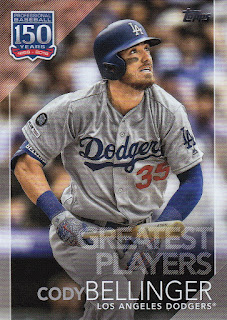 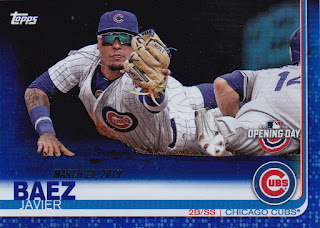 Getting:
Lot of 3 2001 Upper Deck Decade 1970s
Got all the inserts, but still looking for a few more base cards from this set.  There always seem to be a few lurking in dime boxes at shows, but just never the ones I need.  Great set with an awfully clunky name.

2009 Upper Deck O-Pee-Chee #AW13 Dustin Pedroia The Award Show
Looooooove this set, still coming up short on the base set and need many of the inserts.  I kind of wish they had made the inserts a little more common, but the chase is still fun a decade later. 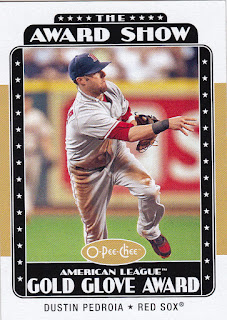 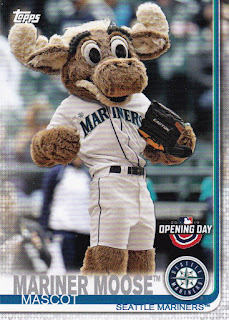 Jim also sent a nice stack of Brewers, which are always appreciated because I find myself buying fewer and fewer new cards each year.  Here are my five favorites.
2018 Topps Gallery #5 Christian Yelich
There's so much wrong about this card, and that makes it great.  It's a weird mix of Lon Chaney, Norman Rockwell, and one of those grotesque faces from Soundgarden's "Black Hole Sun" video. 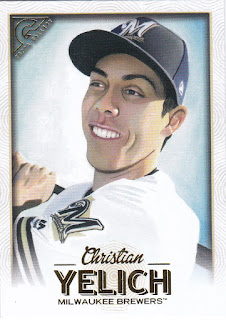 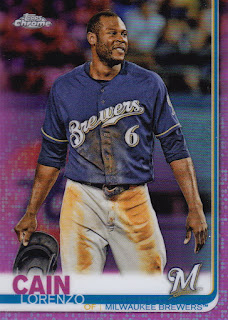 2015 Gypsy Queen #58 Yovani Gallardo White Frame Parallel
GQ being one of those sets that uses some kind of photo art filter, it would have been nice if they didn't make Yovani look like a burn victim.  That side of his face, yeesh! 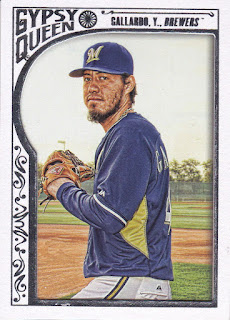 2011 Topps Lineage #133 Zack Greinke Diamond Anniversary Parallel
I'm collecting a bunch of the inserts and parallels from this set, knowing full well those '75 minis are going to kill me.  I'm not collecting the Diamond ones, but I'm not NOT collecting them, either.  I actually picked up a few at a card show a couple of weeks ago. 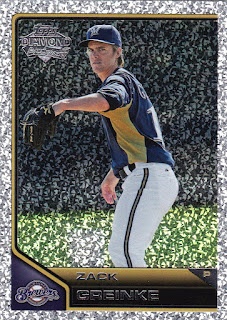 2002 Topps American Pie #AS-CC Cecil Cooper American Sluggers Gold
Just a cool customer on this card.  Cecil Cooper is a good guess if you're ever caught up in a Brewers trivia contest.  You have roughly a 50/50 shot at getting it right.  It's either that or Danny Darwin.  Maybe Randy Ready. 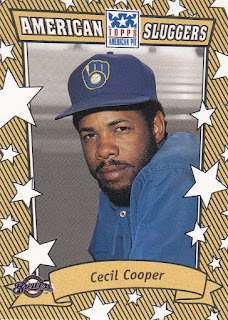 Great stuff, Mr. gcrl! Enjoy your Dodgers and that one weird Cub.
Posted by Death Stare Cards at 5:01 PM

Email ThisBlogThis!Share to TwitterShare to FacebookShare to Pinterest
Labels: GALLARDO, Trade Me Anything, YELICH