This pack was freakin’ thick.  The previous owner appears to have snuck a few extra cards.  You might call it tampering, but I’m looking the other way.  Basketball cards are famously ripe for appearances by teammates, or, more likely, opposing players.  I’ll make note of any worthwhile cameos here. 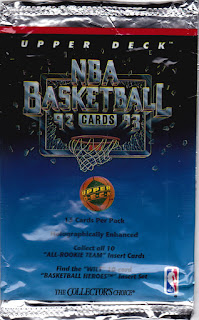 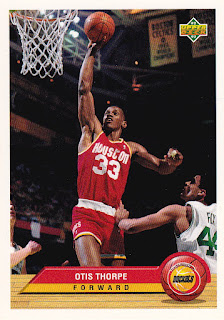 184 Thurl Bailey
189 Brian Shaw
Michael Jordan cameo, and what looks to be a Scottie Pippen cameo.  This would be enough to sustain me through the darkest of times if I had a picture of me dunking with Jordan wincing in the lane and Pippen swatting and getting nothing but air.  Just glorious. 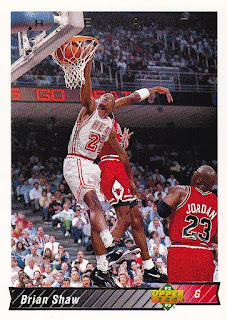 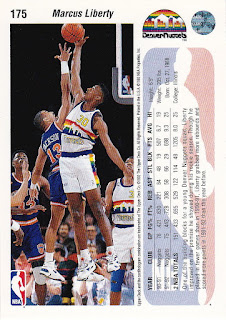 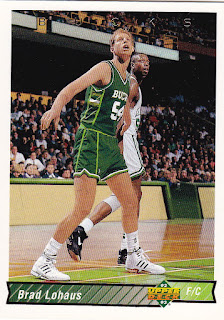 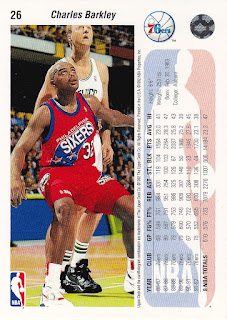 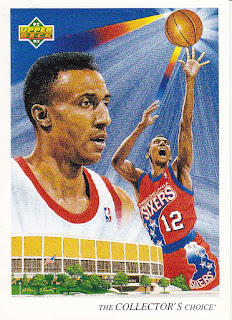 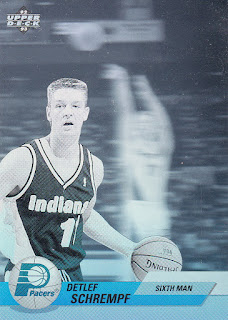 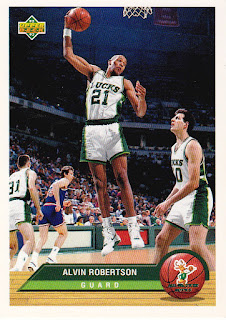 Okay, so by my count that’s 14 of the 15 cards listed on the pack, plus the contents of one McDonald’s pack.  I’ll allow it.
Posted by Death Stare Cards at 12:07 PM