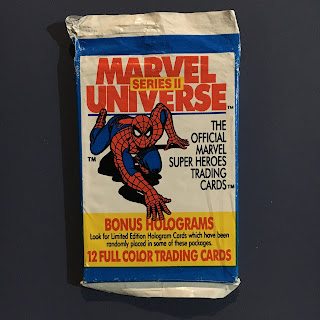 Lots of comic cards in the pre-opened packs, not really my cup of tea, but we must chug along.
39 Ghost Rider 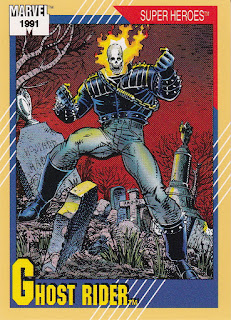 129 Daredevil’s Billy Club
Probably not the strongest entry in the weapons subset. 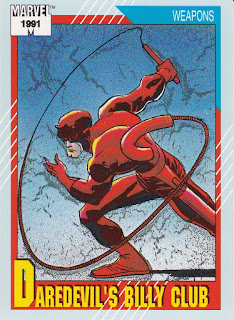 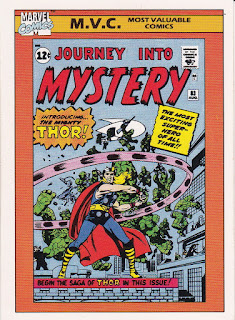 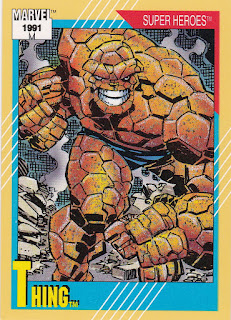 99 Captain America vs Baron Zemo
42 Rogue
153 X-Men
78 Nebula
Back of the card says she is the granddaughter of Thanos.  Looking up the character I can see that, yeah, my kids did have a Happy Meal toy of her, looking nothing like this, though. 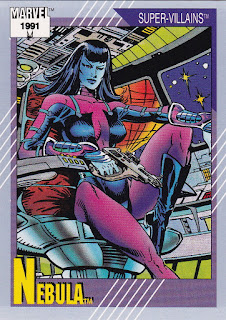 132 Punisher’s Arsenal
Not enough room on the card means they’re doing it right. 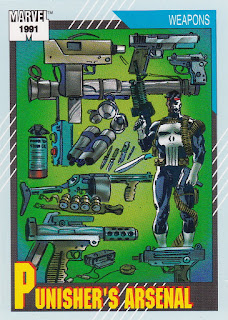 1990 Marvel #155 Spider-man Presents: Punisher
The two sharing a moment of levity on the back of this one. 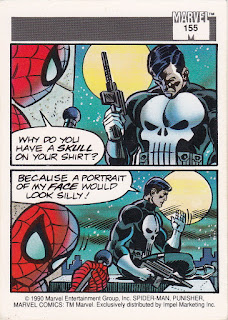